Here is the glimpse of Himalayan birds sighted during our recent trip to Leh.

We found plenty of Black Billed Magpie near the hotel, Kanishka in Leh. At first sight, it looked like a crow and we started addressing them as Kashmeri Kaage (Kaage is Crow in Kannada). It has quite attractive bluish-green feathers but pretty irritating rapid call like crows. Black & white colour on the body, long tail and dark bill adds to its beauty. 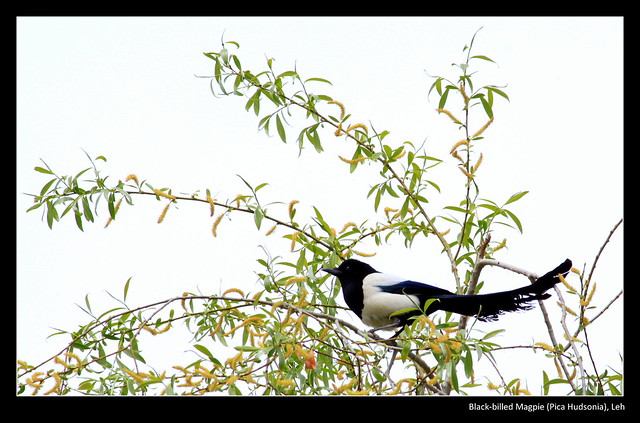 Another bird sighted near the hotel in Leh was Cinereous Tit, as sub–species of Great tit. These birds look great with grey backed with white undersides. They have whistling calls which used to wake us up early every morning in the chilled weather. They feed on flowers/buds, fruits, bugs and insects. 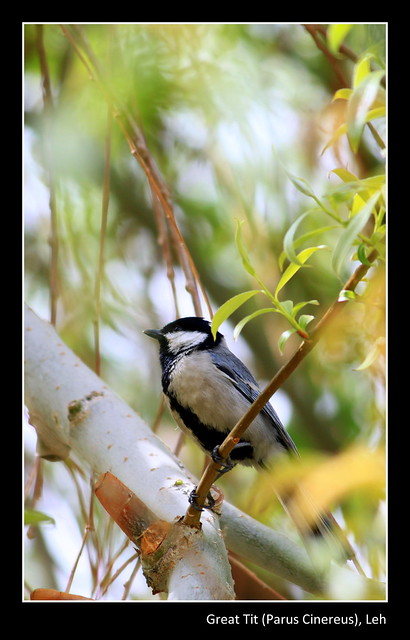 I was pleased to see these Sparrows everywhere. A few of these shots were taken when we stopped for lunch on the way to Nubra valley. 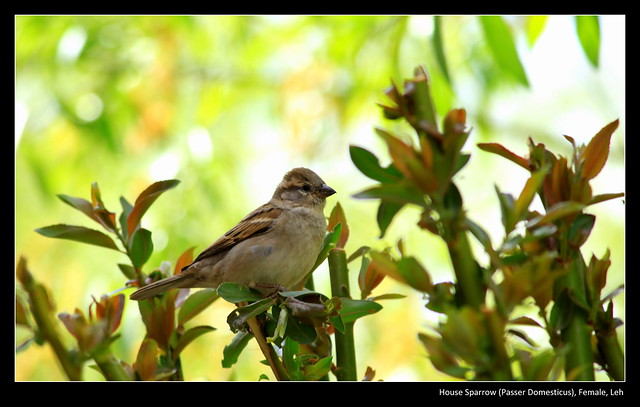 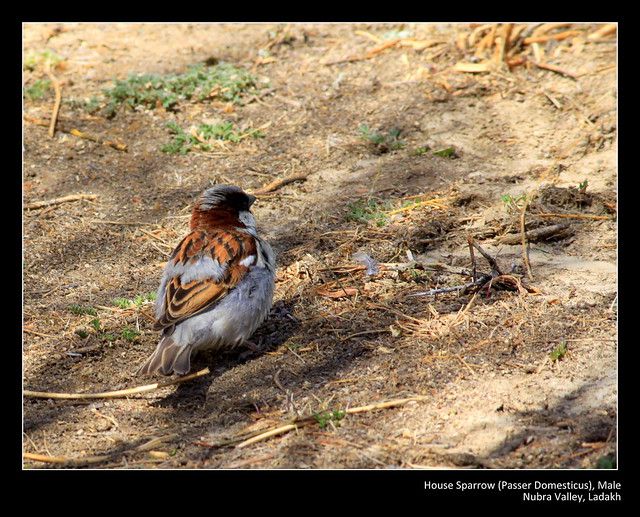 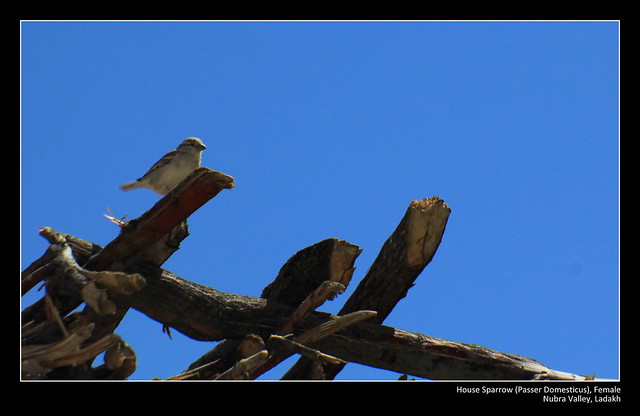 From Wikipedia: Males have a grey crown and nape with lighter forehead and crown-sides, a black face and chin, brownish mantle and wings and a large white wing patch; the chest, lower back and rump are orange, and the tail is black with orange sides. Females are warm brown above, paler below, have an orange rump and tail sides, and have a large white wing patch similar to the males. Bill, eye, legs and feet are black in both sexes. 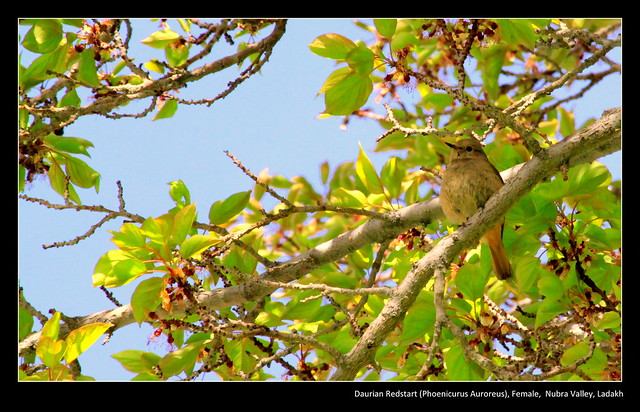 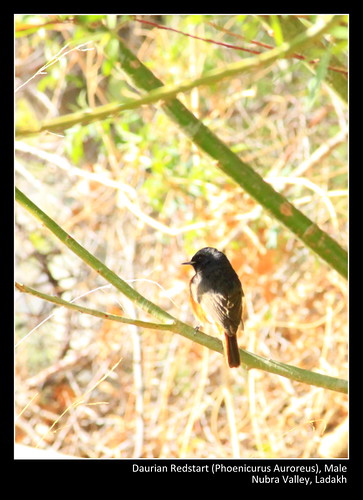 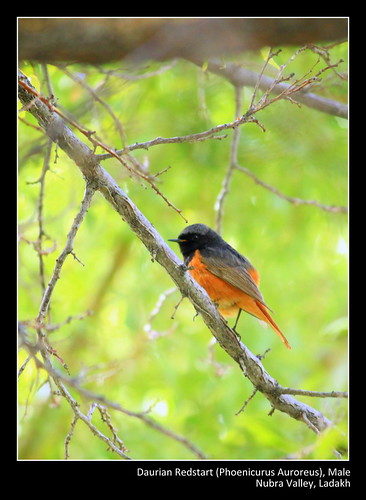 Hoopoe calls acted like an alarm to wake us up in Nubra valley. A short walk revealed a beautiful scene of two Hoopoes engaged in courtship. From Wikipedia: Females produce a wheezy note during courtship feeding by the male. Now I realize why there were many calls.

Hoopoes look distinct with its crown feathers. Thin tapering black bill helps them to probe soil and look for insects to feed on. They also feed on fruits and seeds. 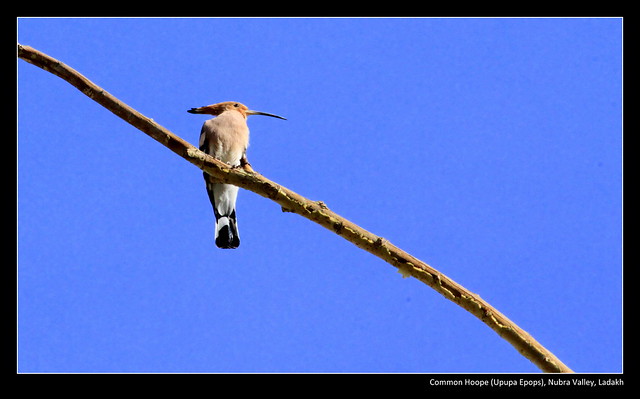 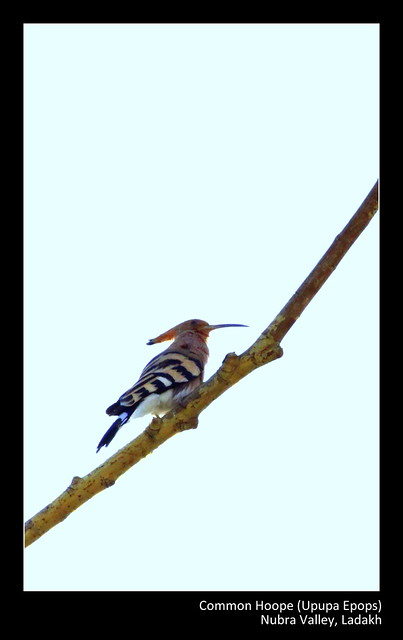 While looking at Hoopoe, I heard Leaf Warbler calling us to check out their chit chat. It was bit of a challenge for me to track its move and capture this one. Succeeded in taking these shots after few minutes of hide and seek between leaves. 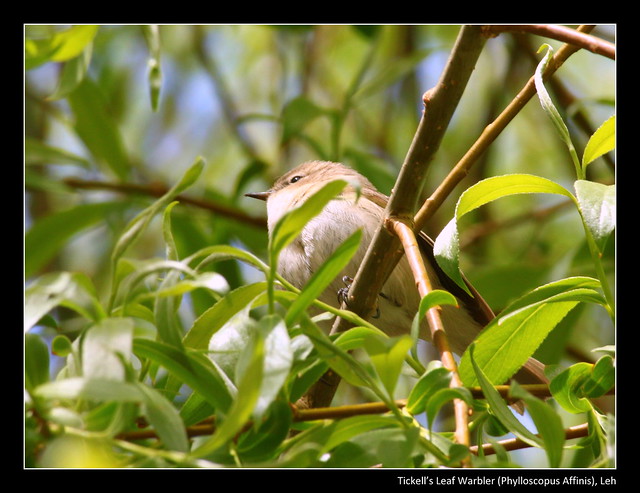 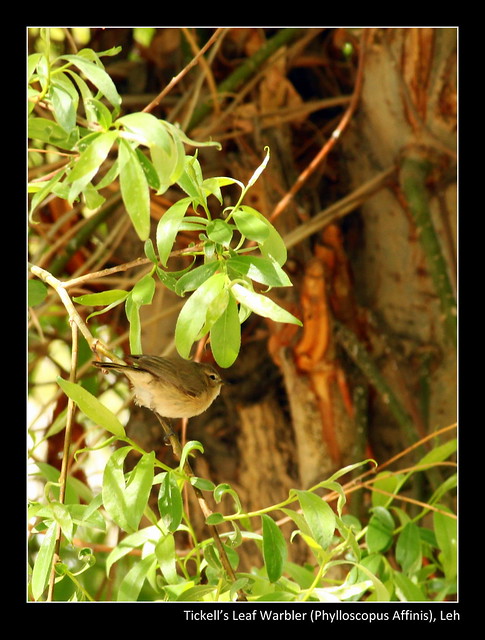 We were lucky see colonies of Sea Gulls near Pangong Lake. These are migratory birds during winter season for breeding near islands/lakes. As the name explains, these birds have brown head, red bills & legs with attractive eyes like in painting. 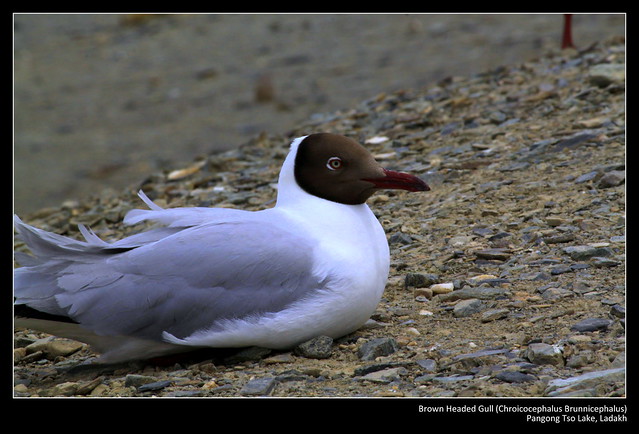 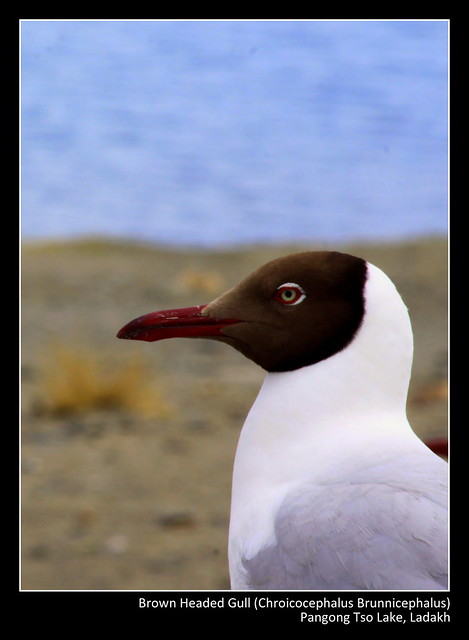 The journey was also filled with many other unframed birds through my camera such as Chukar (from a pheasant family), Common Raven, Great Horned Lark, Red and Yellow Billed Chough, Black Redstart and many Pigeons & hawks. It was a splendid trip  and enjoyed watching these birds close enough.

Stay tuned to read my story on Monasteries in Leh.